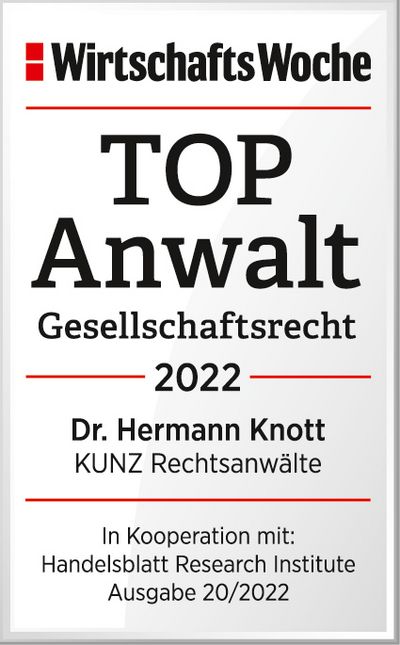 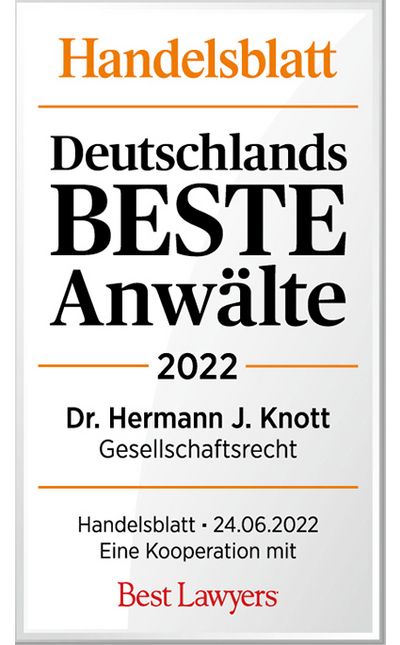 Dr. Hermann Knott specializes in advising on cross-border transactions and alternative methods of dispute resolution in an international context. He attended law school in Cologne, Geneva (where he focused his studies on International Arbitration with Professor Pierre Lalive at the IUHEI, Genève, Philadelphia (Carey Law School of the University of Pennsylvania and joint classes at the Wharton Business School) and Stanford Law School (Teaching Assistant in International Business Law – thesis on illegally trafficked works of art).

He started his legal career with a leading law firm in New York when  US investors flocked into what then was called Emerging Europe. Following two years with a leading commercial law firm in Germany focusing on corporate and commercial litigation, he was among the founders of the legal practice service line of Arthur Andersen, the most integrated of the then Big Five accounting groups. . The German legal practice was succeeded by Luther. In 2017 Hermann was a co-founder of a new tax and legal practice using the Andersen brand. Thereby, Hermann has gained substantial experience in rendering integrated legal, tax and financial advice in M&A and other cross-border corporate transactions. The perspective to to spearhead the international practice at KUNZ Lawyers  prompted his move together with two associates of his firm.

Hermann Knott's practice focuses on advising sellers and buyers in M&A transactions, mostly with a cross-border focus. He specializes in acquisitions by industrial and financial investors, private equity, joint ventures and corporate restructuring. In addition, he is specialized in alternative methods of resolving corporate disputes, particularly related to M&A and other corporate transactions. In the context of the effects of the pandemic on the conduct of cross-border disputes, Hermann has been a frequent speaker and session chair at international virtual conferences addressing new developments in arbitration and the growing importance of mediation.

Hermann Knott has also been admitted as a Fellow of the Chartered Institute of Arbitrators (CIArb), London, a leading professional body representing the interests of alternative dispute resolution (ADR) lawyers worldwide. Fellowship is the highest degree of CIArb membership.

In addition, Hermann Knott has also been admitted as a Fellow of the Hong Kong Institute of Arbitrators (HKIArb). The HKIArb promotes arbitration and other alternative dispute resolution (ADR) methods in Hong Kong, which is considered one of the most important arbitration centres in Asia and is the gateway to China.

Primarily through his client work, but also as a result of his active involvement in international professional organizations (IBA, ABA, IPBA, SCLA), Hermann maintains excellent relationships with foreign law firms and institutions allowing him to represent client interests in foreign transactions in the best possible way.

continue to next lawyer

We will gladly receive your inquiry. To enable us to answer you as soon as possible, we only need your contact data.