WirtschaftsWoche emphasizes that arbitration proceedings between companies are becoming increasingly popular. This is because they are more discreet, more competently equipped and faster than many public courts. In globalized economic relations, which are maintained not only by global corporations but also by hidden champions, it is also of enormous importance that judgments and arbitration awards are internationally binding and that companies abide by them.

He has recently been admitted as a Fellow of the Chartered Institute of Arbitrators (CIArb), London, a leading professional organization for practitioners engaged in arbitration. Fellowship is the highest degree of CIArb membership and thus signifies superior experience and expertise.

In addition, Hermann Knott has also been admitted as a Fellow of the Hong Kong Institute of Arbitrators (HKIArb). The HKIArb promotes arbitration and other alternative dispute resolution (ADR) methods in Hong Kong, which is considered one of the most important arbitration centers in Asia and is the gateway to China.

Through his client work, but also as a result of his active participation in international professional organizations (IBA, ABA, IPBA, SCLA), Hermann Knott maintains excellent relationships with foreign law firms in order to best represent the interests of clients in transactions with a foreign element.

We are very pleased with our partner Hermann Knott about this recognition of his personal achievements, but also those of the entire KUNZ team. 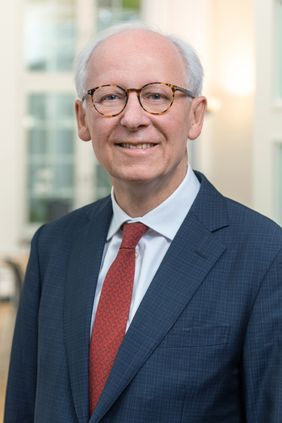